What is Obamacare or Accountable Care Act (ACA) and what does it mean for you?

It has many different aims, but that can be summed up by a few principles and facts. The ACA seeks to reassign fiscal risk fropm those who earn more money to those who earn less. The ACA seeks to diminish the overall amount of money Americans spend on health care, whether it be governmental expenditure (because the government has $16,000,000,000.00 of debt. Or $ 57,000.00 of debt per American. But it also aims to decrease the total amount of money that is spent on healthcare even by individuals.

16% of our total money generated by America (GDP) services our health. Interestingly, it is equal to the amount of money Americans spend on entertainment, but for some reason entertainment is more important than health care.

First and foremost the ACA means different things to different groups of people. There are winners and losers. Each group will respond differently. Some of the groups may overlap. For example, people without insurance win, as they will now have insurance. People who are obese or for any reason are high risk will be losers. People who are sick, will become sick or who need more than rudimentary healthcare will be losers.

Why now? The government can no longer afford to service its people, because it must now service its debt. The debt is so incredibly huge because your politicians have spent and spent in order to buy your favor for re-election. We’re out of money. Imagine your teenager stealing your credit card and running up such an enormous bill, that it would take your entire paycheck for four years to pay it off. 16t(rillion) in debt. 4t in tax revenue per year. However, the most sobering debt of all is the personal debt if you add the personal debt of Americans to the governmental debt it is a staggering $50,000,000,000,000.00 or 50t!!!! That’s a staggering $600,000 per household. In short, were broke. Despite all the taxes you’ve been paying all those years. So now, after all the saving you’ve been putting away there’s nothing left. Your government hasn’t been saving for your old age as it had promised. The money’s gone. And the dirty secret is almost out. It’s hard to wrap your mind around such awful news, but you have to, because it’s true.

Now on to the ACA.

The ACA serves to create health exchanges, where all Americans can go to buy insurance. The insurance offered by the government will be on sale next to the insurances offered by private carriers. That doesn’t seem like a bad thing, and at first it doesn’t, but what you don’t realize, is that the government decides what care you can and can’t have, at every step. It’s not a choice between you and your doctor anymore. But it does it in a wicked and brilliant way. Meet the ACO aka “Accountable Care Organization”.

The government is setting rewards for physician participation in ACOs, and penalties should we not participate. So for example at the end of the year if a physician participates, and decreases the amount of total money spent on his patients he will get a bonus. If he increases his expenditure he will pay extra tax. It’s very similar to a HMO, however now the physician and the insurance company medical director are the same person. Why’s that a bad thing? The medical director makes more money, the more care he or she denies.

Lets take a scenario. A patient comes with longstanding intractable low back and leg pain. It’s probably spinal stenosis. Under our current system almost extinct (now changing and completely changed by Jan 2014) I would call up the medical director and argue that my patient needed physical therapy, an epidural to help him walk better and then an MRI to further diagnose his problem and then possibly life improving surgery of decompression, which has a high likelihood of RETURNING THE PATIENT TO NORMAL. The medical director will drag his feet at each step, not wanting to spend money on his insuree, knowing for each dollar spent a small bit comes out of his paycheck too. We argue, and I usually guilt him into paying, exposing his reticence to provide scientifically proven care for a patient. I more often win, but loose with increasingly frequency. It takes time, money, effort, and a huge base of knowledge of the literature and supporting science to make my argument. In the current model I win financially when I get to treat you, I win financially when you get better and tell your friends about our success. In addition to providing the best feeling in the world: helping another person, the better I do for you, the better I do for myself.

The ACO makes me, your treating physician the medical director. Now each time I (your physician) decide to diagnose or treat you, I loose money. Even though I care for you, I still have to feed my family and the government has incentivized me to give you less care. A Tylenol will always be better for my economy; an OxyContin will be cheaper than a MRI.

Medicare and the dropping reimbursement: why it manipulates your care and takes care away from you.

This is what Medicare and other insurances are already doing, and what Obamacare accelerates.

Lets say you got your MRI (in the pre-obamacare health setting!), and indeed it showed spinal stenosis from a disc bulge and you had dramatic and incredibly painful sciatica that prevented you from walking. Your doctor gave you three options: live with the pain, have a percutaneous, minimally invasive discectomy, or an open surgery. Medicare says yes! We pay for all of the above. But… The reimbursement for the percutaneous discectomy is less than the device cost… That means the $1000 (actual reimbursement) that the government pays doesn’t cover the cost of the $1200 cost of the equiptment (actual cost) not to mention the cost of the OR time, medical supplies, antibiotics, salaries of the nurses and doctors. So Medicare pays for it, but you can’t get it. The surgery is on the chopping block too. So now, you get Tylenol and no cure. Enjoy. Here’s the real rub: it’s illegal for you to pay me for the surgery you need, even if you have the money!!! “Balance billing” is called Medicare fraud. If I present you with the difference ($200) I get a serious fine and possibly jail. In the government’s mind I’m a criminal.

Because of these two and other glaring omissions I believe Obamadon’tcare is not truly interested in reducing health care cost, its really only interested in the re-distribution of wealth and talent.

This is all horrible news, especially for the 97% of you who had paid for steak dinner, you’re not ready for a lifetime of crackers. You want the latest medical treatments, you want to see your doctor in a timely basis, you don’t think its safe for nurses to do surgeries and procedures, you want time with your doctor, you want your questions answered, in short you want the best medical system the world could ever design back.

Your friend and mine:

I don’t believe the ACA will work.

It does not incentivize excellence; it rather incentivizes treatment at the least common denominator.

I believe the main role of the ACA is to shift financial risk and costs from high risk/low income individulas to low risk or high income individuals.

Were headed to back low tech under “rationing of healthcare.”
The greatest impediment to medical cost containment remains socially modifiable diseases: smoking, obesity, diabetes and diseases related to poor health choices. Change our health choices and costs go way down.

Whuy is medicine so cheap in Sweden, and life expectancy so high? They have a healthy population. Why? there is not a fast food restaurant on every corner.

The ACA undervalues the care a patient gets from a physician, lacks the fidelity to understand and aquequately weight treatment success or failure, and care little about the individual patient.

Welcome to the wal-martification of medicine. 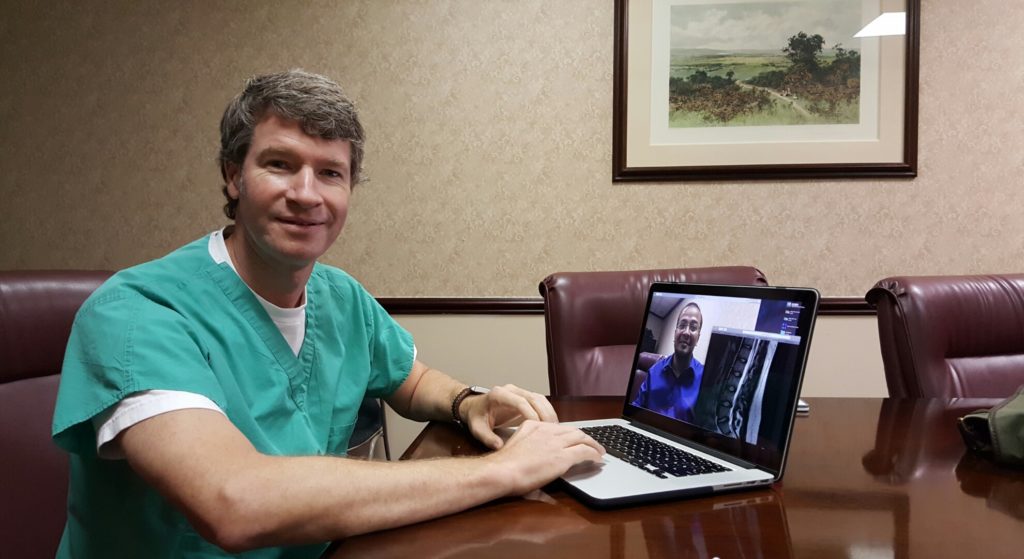 VIRTUAL CONSULT Why have one with me? I do not like braggarts, but I am blessed to know pain and pain medicine as well as the best in America, and perhaps the world. It's my passion and hobby and lastly my job. I routinely see sick, injured and scared patients who simply have no idea of their options. Often patients don't know that they don't have to live in pain, that some treatment exists which can turn their life around. It is such a blessed gift to be able to take people out of pain. I can't help everybody, but I have been honored by tens of thousands of patients who trusted their lives to me.
Home